Today is a day that’s going to titillate your visual senses and change your lives, forever. Unless, you’ve already been to Mowie’s blog and you’ve already begun receiving wholesome doses of visualgasms.

I can never get enough!

I am beyond thrilled to have the beautiful Mowie from Mowielicious.com posting here, today. I first fell upon Mowie’s blog a few months ago, when Ms. Gourmet published a link back to his post: Self-Saucing Chocolate Puddings With Vanilla Custard Cream.

I don’t know but something about the words self & saucing together, renders me giddy.

It was love at first sight! I wrote to him. I spoke to him of my love. I told him I loved his photography. I insisted we meet immediately. He thought I was moving too quickly. I insisted again. I scribbled his name all over my link page. Then, I won him over with my Mloukhieh (Yes! Of all dishes, it’s one of our favorites)… And, the rest is history as they say!

Mowie is an extremely talented Photographer & Recipe Developer. As I always tell him, it’s only a matter of time before his work will be featured in all the major magazines. In fact, he’s already been featured by BBC Olive Magazine as this month’s blog of the month!

Ladies and gents, you’ve seen him here first! O.K, I tell a lie. He was over visiting Life’s a Feast, last week!

Pictures and Recipe courtesy of Mowie. I now hand the floor over to him x 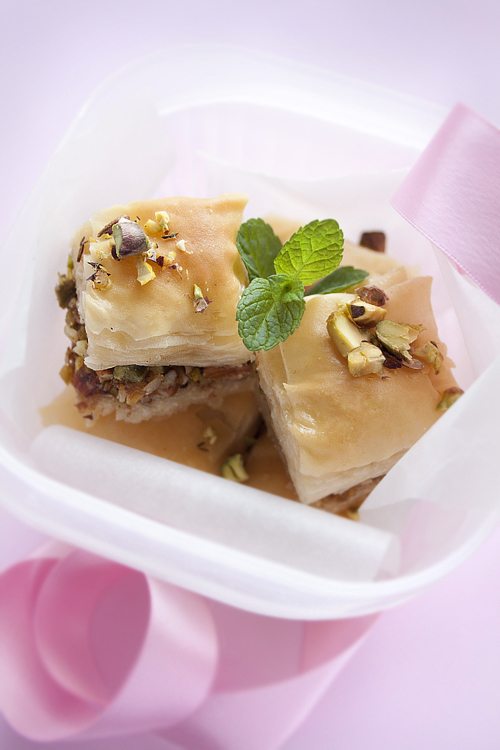 I have a confession to make: Beth’s bringing sexy back.

Her blog is sexy, her look is sexy, her food is sexy and just reading her blog makes me feel sexy. It’s the way she looks, the way she talks, her voice, her videos, her presentation, the constant finger-licking goodness. I’ve had the pleasure of meeting her in person and you should see her work that kitchen! So when Beth accepted my offer to guest post on her blog, I was stumped – I hadn’t thought that far. What do I make that’s sexy enough, yet easy enough and would blend in with her blog? 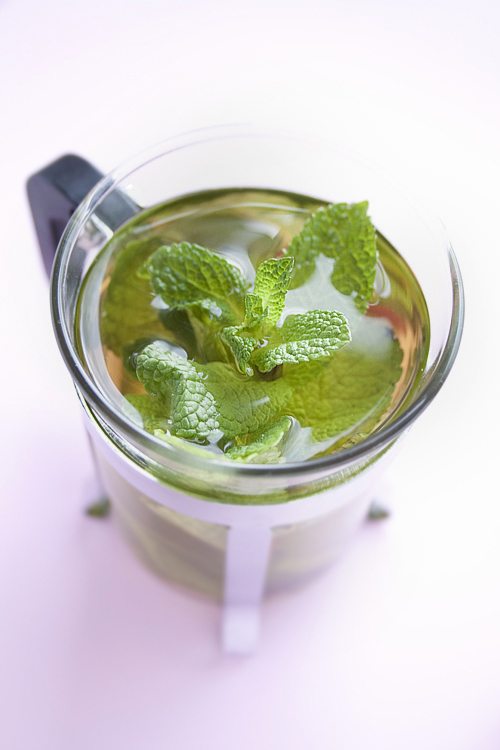 And then it hit me: baklawa, of course. I just imagined Beth licking all that sticky and sweet syrup with flaking bits of pastry off her fingers as she styled the food before photographing it. Plus, what with her and I both being half Lebanese, baklawa was really the obvious choice. Baklawa is the Lebanese version of the Turkish Baklava. It’s actually quite hard to tell where it originates from as the Turks, Greeks and Lebanese all claim it as their own (I’m sure there’s a joke in there somewhere – a Turk, a Lebanese and a Greek are sitting at a table…[fill in as appropriate]). There are so many versions and so many varieties out there, but I thought I’d stick with the basic one (for a change!) and make the one I grew up eating. Having said that, I’ve never been a big fan of it because the version I usually get in restaurants and cafe’s tends to be way too sweet, overloaded in syrup, and that really makes me only want two or three bites, when actually I feel that I could easily eat loads more if only half the amount of syrup had been used. So that’s exactly what I’ve done here. 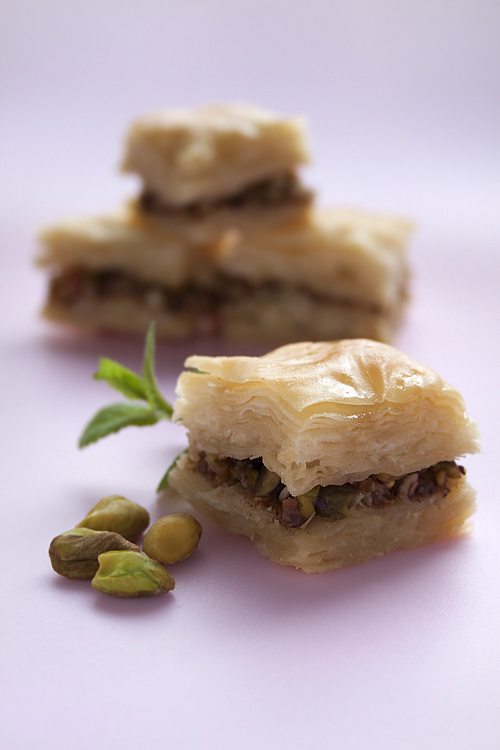 I’ve always shied away from making baklawa, even though I have an age-old family recipe that I’ve never even tried out. I was mostly scared of making it because I thought it would be a lengthy and tiresome process but one of the reasons I started food blogging was to challenge myself more in the baking department and make things I normally wouldn’t. So it was about time to dust off my old cookbooks and fish out that recipe, and now, having made it, I can safely say: baklawa is by far one of the easiest, quickest and most rewarding desserts to make. Preparation time + method = 20 minutes tops! The smell alone that wafts out of the oven when this is baking is gorgeous – I had neighbours knocking on my door wanting to know what it was. I ended up making so much that I gave most of it to them, friends, family and colleagues – simply wrapped in foil or plastic, and thanks to the syrup, it lasts forever.

So here’s my slightly watered down, slightly spicier, slightly sexier version, for Beth. To everyone reading this: give it a go, I think you might be pleasantly surprised! 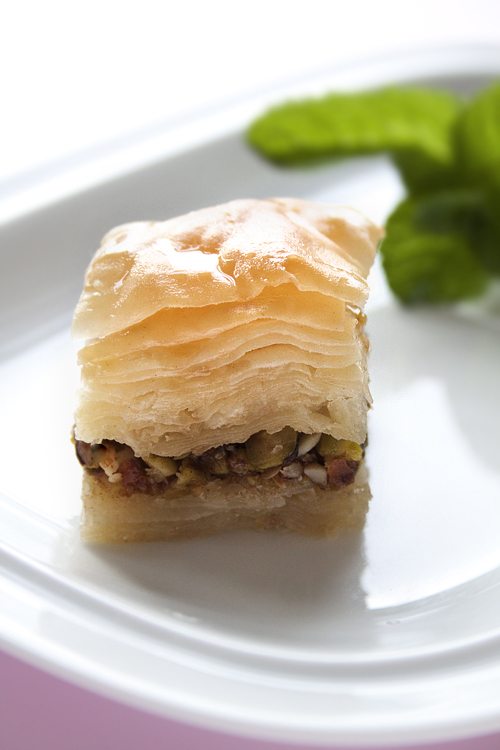 You can also find Mowie: